How do vinyl records work? Step by step explanation

You might or might not be familiar with vintage vinyl albums in the current digital era. Or perhaps you're a die-hard vinyl record collector who has albums on every shelf and wall in your home.

Anyway, although we may live in a digital age, vinyl records will always be in vogue. The way they make music is enigmatic, which contributes to its charm.

Even though there is a sound scientific explanation for how it works, listening to a vinyl record nevertheless seems different. So how do vinyl records work?

In simple words, a vinyl record plays by spinning on the record player, sometimes referred to as a turntable. The grooves on the disc are "read" by the record player's stylus as it passes through the grooves. This reading produces an electric signal that is sent to an amplifier.

The signal is finally carried through the amplifier to the speakers, where it is output as sound. Does it seem difficult? Let's investigate it further.

An overview of vinyl records' history

While we today take music reproduction for granted, Thomas Edison created the first instrument that could record and recreate sound in 1877. Although the cylinders used for this purpose were played on a phonograph, this device was not a vinyl record.

Emile Berliner's invention of the phonograph record disc a few decades later signaled the switch from music cylinders to records.

A true revolution started when the first vinyl records were produced in 1948. The ease of manufacture was their main advantage, allowing artists to sell hundreds or even thousands of copies.

Along with records, the record player also changed, turning from a phonograph and gramophone into a turntable. Turntables employ a sensor known as a stylus and cartridge system, to transform mechanical energy into sound waves that are then amplified and transmitted through speakers. 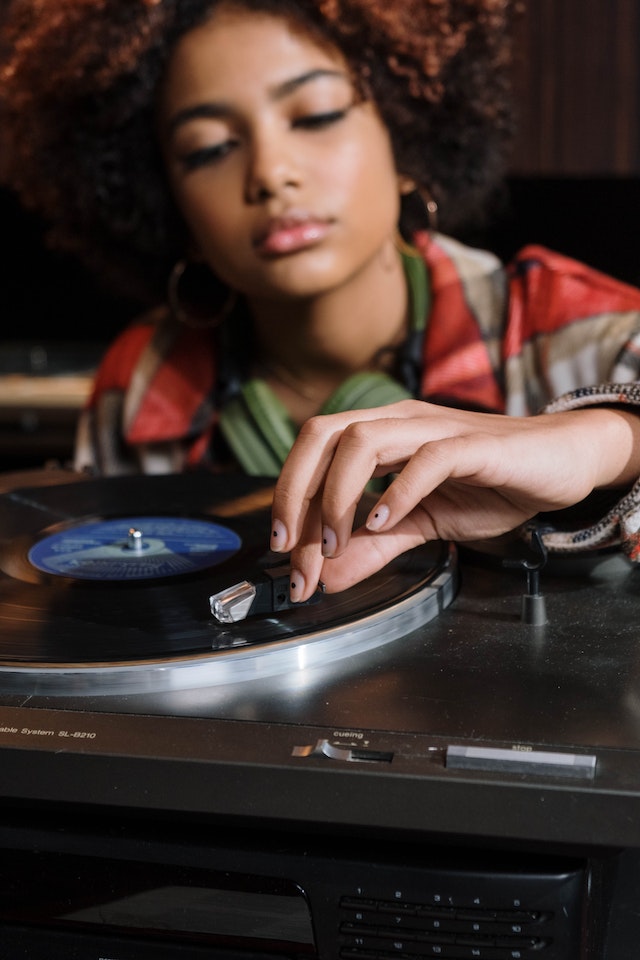 How do sound waves work? What are they?

When particles in the medium through which they are traveling vibrate back and forth, they create mechanical waves called sound waves. To put it another way, sound waves are only vibrating particles that move through the air.

Your ear detects the sound when these particles make your eardrums vibrate. This theory applies to all sounds, not just vinyl records. Additionally, the sound is often louder when there are larger vibrations.

If you've ever looked closely at the vinyl record's surface, you may have noticed that each disc has spiral grooves that extend from the edge into the center. 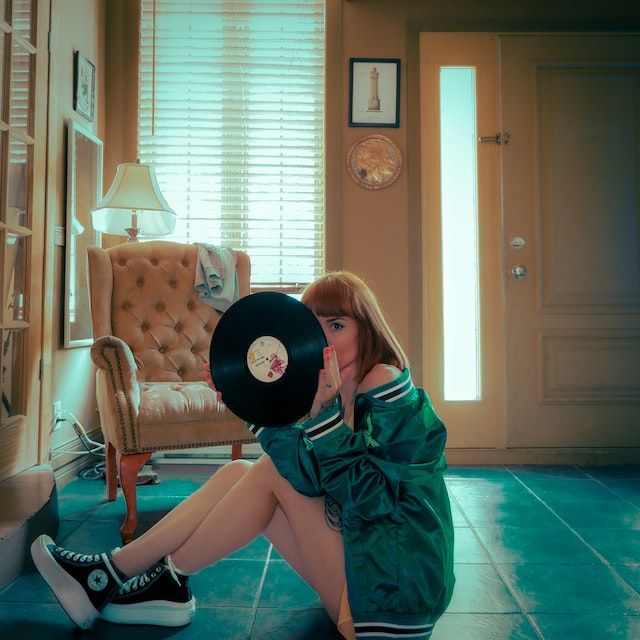 As a type of fingerprint of the sound recorded on the disc, these grooves are really sound waves imprinted on the vinyl substrate. The way that sound waves behave as they travel through the air and create the music that we hear is determined by these grooves.

The sound of the grooves

A small sapphire or diamond is placed at the needle-like head of the stylus. The electromagnetic cartridge, which includes a piezoelectric crystal or electrical coils and a magnet, is at the end of a light metal bar to which the needle is attached.

When a record is played, the stylus travels through the tridimensional grooves of the disc as the record rotates. The metal bar communicates these minuscule bounces from the stylus' crystal tip to the cartridge by causing it to vibrate in time with the grooves.

Every time the metal bar moves, it presses on the crystal, creating an electrical signal that is sent to the amplifier. The sounds you hear via the speakers are then produced by the amplifier. 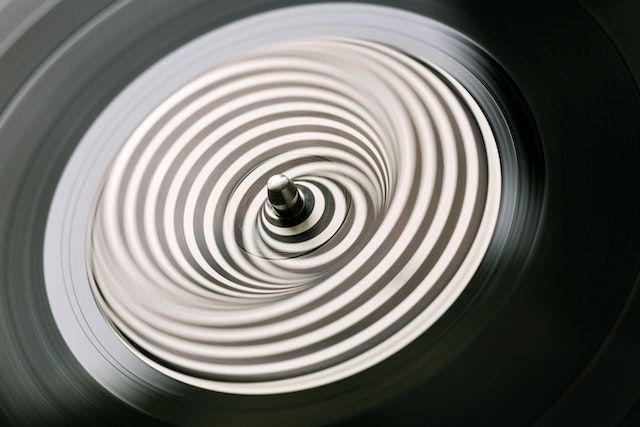 How do vinyl records make sound? Step by step explanation

Step 1 The vinyl record rotates on the turntable

The turntable, also known as a platter or vinyl player, is the first thing you see when you wish to play a vinyl record. This apparatus has a constant speed turn mechanism. The diameter of the record determines the speed.

Long play records (LPs) typically have a disc diameter of 12 inches, multiple songs on each side, and rotate at a rate of 33 1/3 revolutions per minute (RPM). Single discs often spin at a greater speed of 45 RPM and have a diameter of 10 inches. 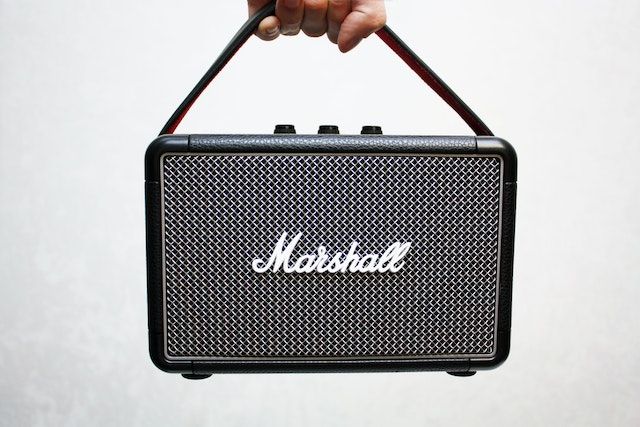 Step 2 The record is read by the stylus

While older turntables can need you to manually position the stylus onto the disc once it begins to spin, modern record players do this automatically. Put the stylus on the edge if your model needs you to move the arm manually. From there, it will be moved by the turntable.

The stylus follows the "fingerprint" of the record as the disc spins, moving along the grooves and bouncing up and down. 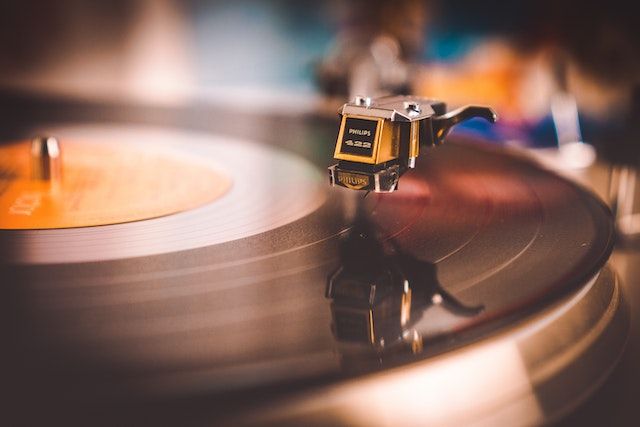 Step 5 Sound is sent to the speakers by the amplifier

The amplifier completes the final step by converting the electrical data into sound and sending it to the speakers (or your headphones).

The diaphragm of these speakers (or headphones) travels back and forth in the same rhythm that the stylus did during transmission. The vibration of the air particles brought on by the movement of the diaphragm finally reaches your eardrums and produces the sound you perceive. 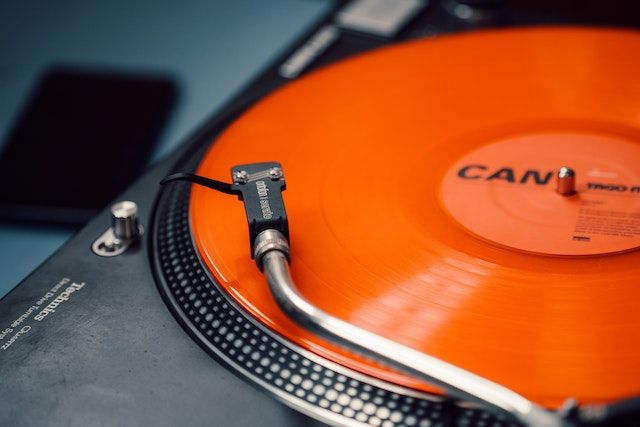 How vinyl records are made

Did you get how do vinyl records work? Well, the procedure for making a vinyl recording is exactly the opposite from the one for listening to one.

A transducer, such as a microphone, collects the sound waves during recording and transforms them into electrical signals that are then transformed into vibrations to produce the grooves on a vinyl record. 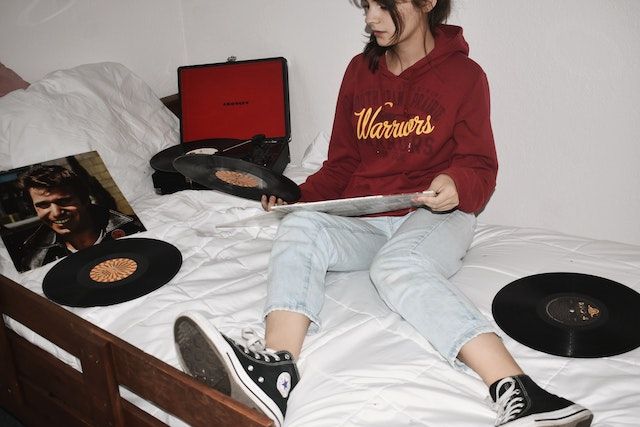 The sound waves are picked up by the microphone, which converts them into electrical impulses that are then sent to an arm with a sapphire or diamond tip.

How do vinyl records work? - Conclusion

So that's all there is to know about the use, creation, and background of vinyl records. While the material provided here explains it well, nothing can truly capture the joy of watching a vinyl record spin on a turntable while you're listening to it.

Please visit our blog area to read more posts about the music world if you enjoyed this one. 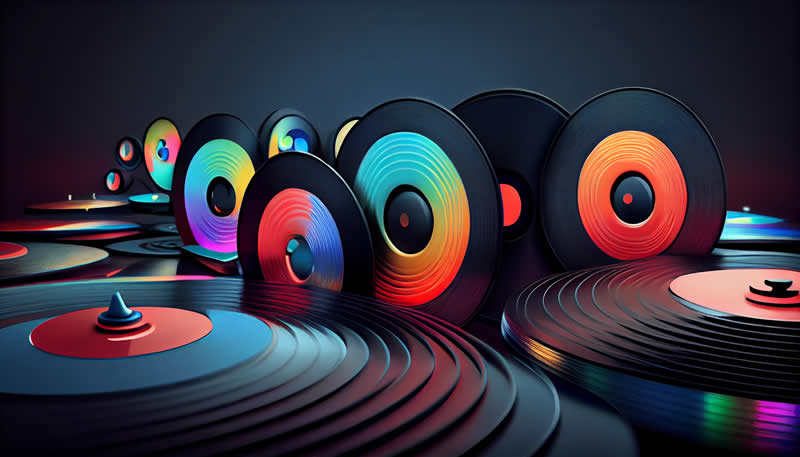