The 15 best songs about monsters

Monster-themed songs can be creepy and frightening, but they can also be captivating and delightful. Songs about monsters and other grotesque creatures proliferate. They show up in movies, TV shows, and even in some of our favorite songs.

Here is a list with our 15 best songs about monsters ever, enjoy it!

Irish alternative rock band The Cranberries were first recognized for their hippy-Indie aesthetic. The band, however, jumped into action after a local tragedy—an IRA bombing—left a 13-year-old and a three-year-old boy dead in Ireland. Outraged, the band entered the recording studio and produced "Zombie," a protest song against the terrorist attack.

This tune honors vintage vampire movies. It concerns an actor who wants to stop playing scary parts. The actor Bela Lugosi, best known for playing Dracula, is honored in the title.

This Michael Jackson song from 1984 was so much more than just music. The song "Thriller," a work of literary, visual, and musical art, has come to be associated with Michael Jackson's discography as well as the spookiest season of the year: Halloween.

The song "Monster," which argues that West may actually be insane and that he thinks people consider him as a monster, is regarded by reviewers as one of the darkest and most scary rap songs in the game.

Kiss has been a mainstay on the rock world ever since its inception. The band is known for its enormous hair, outrageous makeup, and larger-than-life personality. Heavy metal and shock rock are only a couple of the genres that their music fits under.

While the female character is forced to face her inner demons, the male narrator of the song muses on how fame and money have harmed him.

The song "A Monster," which primarily analyzes the negative impacts of lies and rumors, compares the effect of small, accumulating lies to "a monster" that "can convert joyful lovers into heartbroken and lonely souls.”

Both the instrumentation and words of "Beautiful Monster" are scary. The narrator of the song is tormented by his attraction to a perilous woman, or, if you prefer, a "beautiful monster."

It is a song with a story about a woman who is gradually going insane. She had been exposed to such atrocities, according to Bowie, that there was no longer any light behind her eyes. She is surrounded by the monsters from the song.

This song about a monster is loosely based on actual events. It is based on the horrific and abusive upbringing of a close member of their family.

It's a song about the breakdown of a relationship in some ways; he wants to kill his ex girlfriend and give her a "beautiful death." He wants things to end, but on good terms, therefore this is figurative. If he is indeed such a "monster," she should go because it is "Unkillable.”

Together with Mendes, Justin Beiber discusses the finer elements of being pushed into the spotlight at a young age. They discuss the spotlight, the awards, and the elevation. They are under a great deal of pressure not to stumble because of this.

From the beginning of the song, Childish Gambino makes it quite evident that he is feeling disappointed. He claims that there isn't much skill in the industry, calls the present scene "weak," and claims that if you're rapping for money, you're not doing it for the proper reasons.

Metallica - “The Thing That Should Not Be”

This song's inspiration came from one of H.P. Lovecraft's short stories about the monstrous Cthulhu. The band's earlier song "The Call Of Ktulu" shared the same inspiration.

Hopefully, you've discovered exactly what you were looking for, whether you wanted to create a fantastic Halloween playlist full of songs about beasts or just a few songs about monsters to help you control the beast inside. 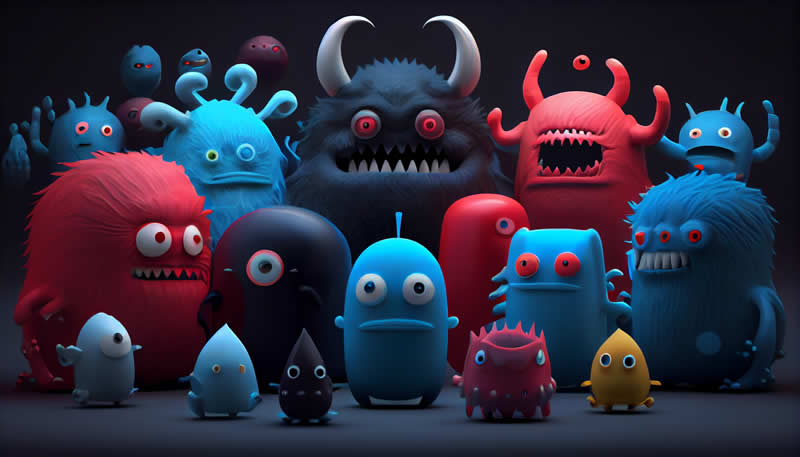