The 15 best songs about rain

Musical rain imagery has continually appeared in the lyrics of hit songs, from the optimistic song lyrics of the 1950s to the black humour in today's songs. No matter what genre of music you enjoy—classic rock, hip-hop, even country—there is no shortage of great rainy-day songs from every era.

So let's take a look at the 15 best songs about rain over the course of popular music history.

For a few different cultural reasons, this song is very important. First of all, the lyrics' spirit changed: this is where Lennon's songs about realism and fiction begin. Additionally, it is the first song to utilise a record that is played backward.

The words to this ballad by rock legend Axl Rose from 1991 express the pain of a broken heart. Listeners can sense the melancholy and hope that the emotionally challenging moment will pass as Rose's song tells how even a cold November rain will finally pass.

Adele - “Set Fire To The Rain”

Due to Adele's incredible lyrics and even more expressive singing, this song became an instant hit when it was released in 2011 because of the opposing image. Adele's improbable portrayal of rain that has caught fire while singing about her sadness over a false love can be related to many listeners.

This song is really an anthem for overcoming obstacles rather than succumbing to them in a depressing manner. The idea of this soothing song is dealing with difficult situations or circumstances by not allowing the rain affect you.

Credence Clearwater Revival – “Have You Ever Seen The Rain?”

One of Creedence's more politically minded songs where the song's lyrics painfully compare bombs to "rain" in reference to the Vietnam War.

The epic power ballad, which Prince originally co-wrote with Fleetwood Mac singer Christine McVie, has been recorded by Prince and is one of the most famous songs about rain in history.

'Rainy Day, Dream Away' was a beautiful song that first appeared on Hendrix's seminal album, Electric Ladyland. It was decades ahead of its time.

Here is the Chili Peppers' charming song about rain, "The Adventures of Rain Dance Maggie," which they wrote themselves.

Gene Kelly - “Singin’ In The Rain”

Without "Singin' In The Rain," no list of songs about rain would be complete. It first appeared in 1929, but it really achieved legendary status with Gene Kelly's performance in the musical in 1952.

Lady Gaga and Ariana Grande - “Rain on Me”

The subject of this song is a discussion between two ladies on how to persevere and how to be appreciative of their work. It's critical to keep in mind that water has purifying qualities. In this song, Ariana Grande begs for rain to wash her sins away.

The jazzy mood of the song and the singer's distinctive voice combine to make this a standout love ballad. Charles declares in his seductive voice that no matter the weather—rain or shine—he will crave for his loved one.

Since the focus of this song is celebrating an overwhelming good rather than reflecting on difficult circumstances, it is upbeat and loud, the opposite of most rainy-themed songs.

A beat-pumping song about losing love to someone else has a poetic twist thanks to the irony that the Rain Over Me music video was shot in the desert.

Despite Dylan's admission that his ballad's rain truly describes a sad world, his beat poetry-inspired lyrics and music have won this song followers ever since it was released during that highly controversial era.

A beautifully composed song featuring virtual instruments from the eclectic "Houses of the Holy" album by the legendary rock band Led Zeppelin.

We are all aware that the weather has the potential to alter our feelings. It's no surprise that there are so many great rain songs because it plays such a significant role in our lives and is so sympathetic. 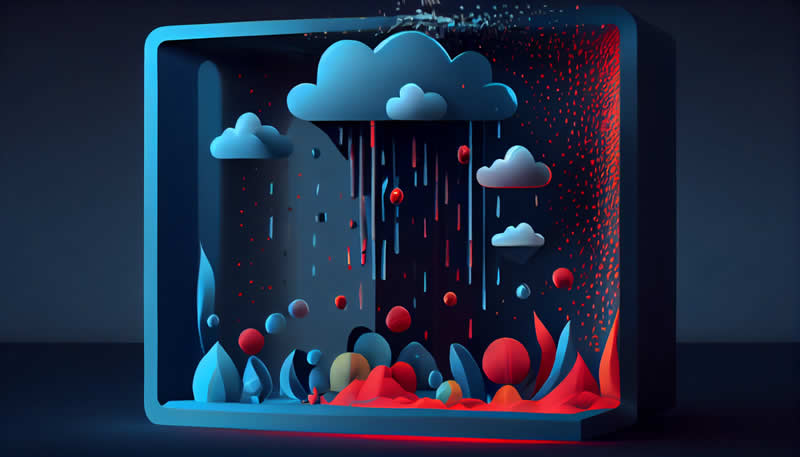