What is an aerial dancer (with videos)

An aerial dancer is a person who likes dancing and forming forms with their body while using a device to hang in the air. Aerial silks, trapeze, lyra (hoop), sling (hammock), and rope are the most often used props by this kind of aerial dancer.

There are, however, a ton more unconventional aerial tools: these include, but are not limited to, the cloud swing, net, cube, sphere, umbrella, and ladder. Aerial dancers frequently like designing their own aerial equipment. 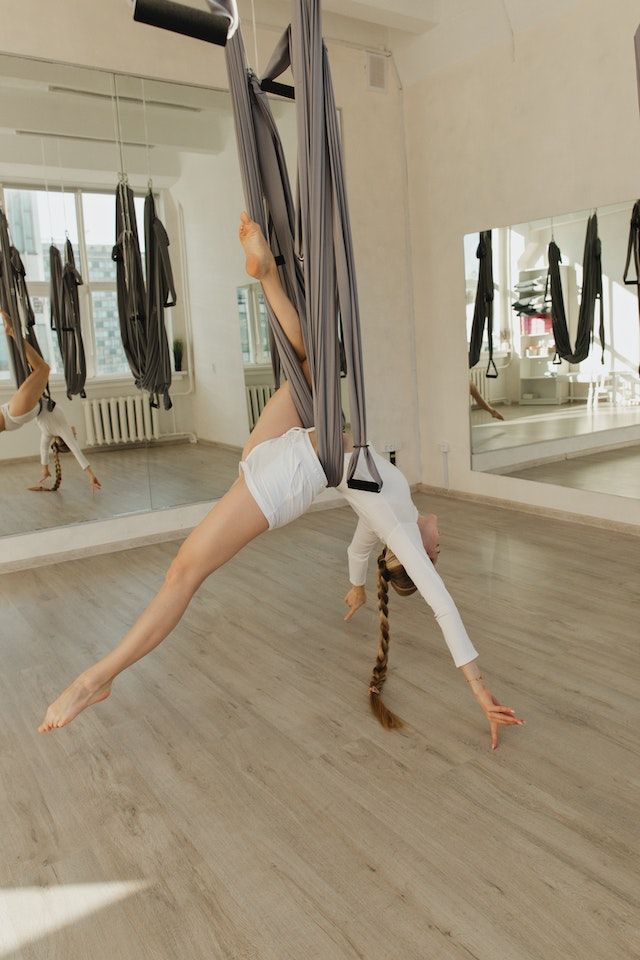 What is aerial dance

A contemporary dance genre, aerial modern dance, was initially identified in the 1970s in the US. A device that is frequently mounted to the ceiling is included in the dance to allow performers to explore space in three dimensions.

Aerial dancing comes in two different forms. In vertical dance, a dancer suspends herself from a rope or cable in a harness to explore the effects of gravity and weightlessness, as well as the variety of movement options available when suspended. In the second form, a dancer or acrobat combines the use of their aerial device with the use of the ground or a wall.

The first uses the power and emotion of dance while under the influence to convey modern concepts. In the second, the dancer tries to distance themselves from circus arts by using dance to suggest that their work is less trick-based than circus arts, and in some cases, they believe that this will make their work look more modern and creative. 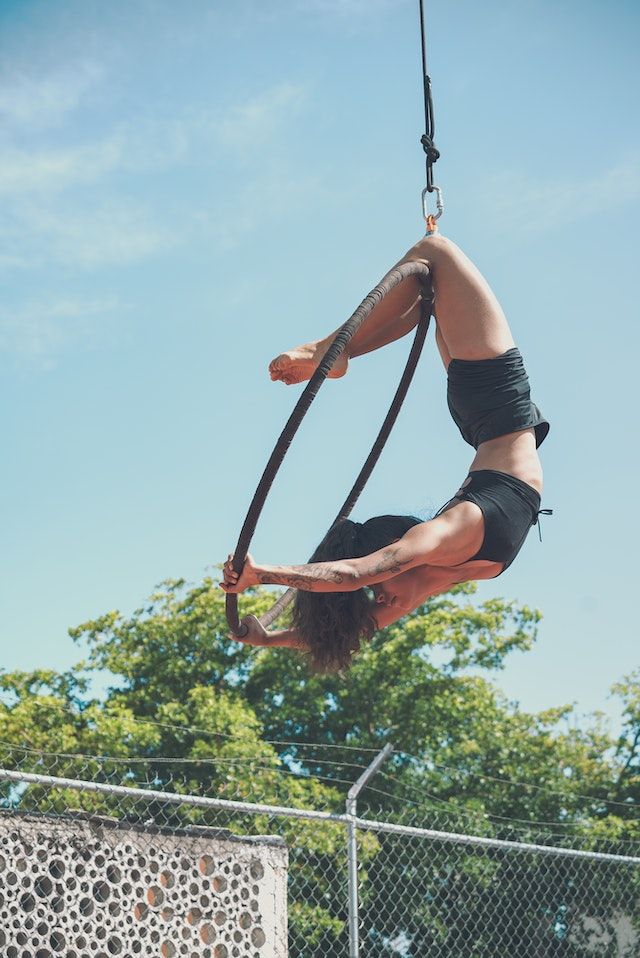 Trisha Brown was one of the pioneering choreographers who used what is now known as “aerial dance”. In 1968–1971, she referred to her dances as "equipment pieces."

Although they are not "dancey" compositions, Brown portrays the choreography of daily activity by putting the pedestrians on the side wall. In particular, she was the first choreographer to lift dancers into the air.

Aerial dancers from Argentina known as “De La Guarda” rose to fame in London in the late 1990s for their performance that fused aerial dance with performance art.

Even though the group is no longer on the road, several of its former members have founded a brand-new enterprise named Cuerda Producciones to carry on with the production of aerial dance theater works.

Aerial dancing has become a common performance technique thanks to “Cirque du Soleil https://www.cirquedusoleil.com/”. The performances incorporate both the theatrics of performing arts and the athleticism of aerial dance.

The French term "corde lisse," which translates to "smooth rope," is used to describe the rope that aerial dancers utilize. Rope, which comes in a variety of forms, including braided, twisted, and tubed, enables professional acrobats to do challenging routines with several fast drops.

A long, flowing piece of cloth called "silk," or "tissu," is tied to the ceiling (or the stage's roof) at its middle, leaving two strips hanging down on either side.

An aerial hoop called a lyra is usually composed of steel. Acrobats may fit within the ring as they are on a swing since it is big enough for them to do so. Professional dancers can control the Lyra to spin quickly while they perform challenging choreography inside of it.

Aerialists have access to a variety of trapezes for use during performances. The most popular ones are soaring, swinging, dancing, and static. Acrobats can climb, twirl, and pose on every trapeze, but some additionally allow for swinging and jumping.

What is an aerial dancer - Conclusion

Please visit our blog area if you liked this post and want to read more advices about dancing and general information about the music business.

In CalypsoRoom we believe music is the most powerful tool to bring people together, and for this reason, we developed an online music social network where you can connect with friends or strangers while listening to music simultaneously, connected via webcam. Check it out.