The 15 best songs about Cowboys

The American spirit is inextricably linked to the image of the cowboy, which is a strong one. In fact, cowboys and America are so inextricably linked that it's impossible to think of the United States without picturing those rebel men taming the west and establishing the America we know today.

Cowboys are obviously quite popular, especially in the country music scene. There are several fantastic songs about cowboys, and here are our favorites 15!

In their renowned song, "Wanted Dead or Alive," Bon Jovi compares the rough life of a bandit-cowboy to that of a rock artist. They stay for only a short period of time, just like cowboys. After doing their work, they move on to the following town.

"Cowboy" is proof that Kid Rock, in his prime in the late 1990s, explored a wide range of musical genres simultaneously. Many people believe this song to be the first example of "country rap," which combines elements of country, rock, and rap.

The best cowboy song from the great Dolly Parton is "A Cowboy's Ways," despite it not being one of her most commercially successful songs. It describes how a cowboy can be unyielding and set in his ways, regardless of how much affection he may receive.

In her hit song "Cowboy Casanova," Carrie Underwood cautions unmarried women against a dishonest man. She used a mainstream approach to the live production of this song, with instrumentation that was heavily influenced by rock and her strong vocals at the foreground.

The lyrics to "El Paso" describe a man who has fallen in love and are full of vivid images and a dramatic plot. But when he discovers his lover with another man, he kills him with a gun before running away.

This song, which the Western Writers of America group named one of the Top 100 Western Songs of All Time, cautions moms about the hard and frequently heartless lifestyle cowboys lead.

George Strait - “The Cowboy Rides Away”

A cowboy eventually gives up on a failing relationship in "The Cowboy Rides Away" and rides out into the distance.

Tim McGraw - “The Cowboy in Me”

Tim McGraw sings about grief, regret, and overcoming obstacles while giving a shoutout to cowgirls near the end of the song, which is featured as an acoustic tune on the well-liked American drama series Yellowstone.

Country singer Kacey Musgraves reflects on a failing relationship with her partner, who has left her, in this melancholy ballad. In the chorus, she says, "I ain't going to fence you in," as she accepts his departure.

Chris LeDoux - “Whatcha Gonna Do With a Cowboy"

The legendary country songwriter Garth Brooks is responsible for this hilarious song. The song discusses a woman's sudden fascination with a cowboy and all the hilarious ways he strikes her as exotic.

The song "Cowgirls Don't Cry" pays homage to southern ladies and the tenacity that is fostered in them from an early age, frequently through the experience of learning to ride a horse.

This Big & Rich song features a cowboy that has a little more attitude than other cowboys of his kind, largely because he's more concerned with having fun and flirting with women than working.

Campbell was particularly adept at depicting the psyche of loners attempting to go ahead and deal with life's ups and downs. So he helped make this story about a person who dreams of becoming famous and wealthy popular.

Dixie Chicks - "Cowboy, Take Me Away"

For the hit song "Cowboy Take Me Away" from the 1990s, The Chicks show a softer side than usual. This song from The Chicks' album Fly, has traditional harmonies, crisp fiddle riffs, and a catchy chorus.

With their song "I Wanna Be a Cowboy" from the middle of the 1980s, British pop-rock group Boys Don't Cry helped popularize the cowboy way of life across the Atlantic. The band was inspired to write the song in just one hour after watching Clint Eastwood movies the night before a recording session. 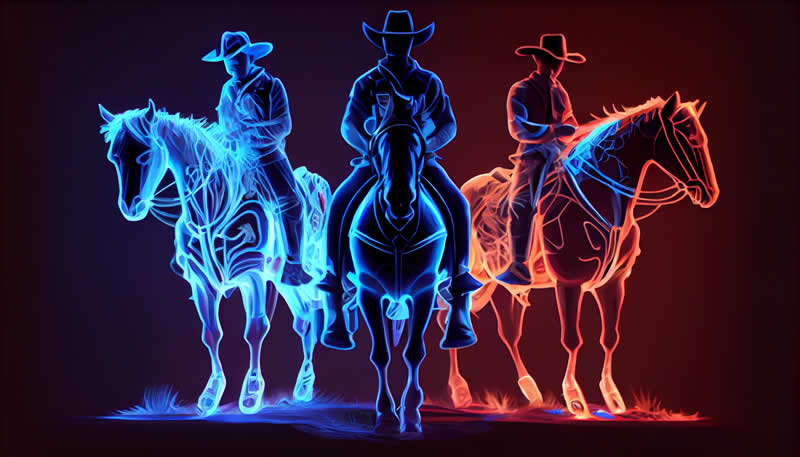