The 12 best songs about rivers

A river is a source of life for all species because it flows across the entire earth, and we have no idea where we will end if we fall further down. The use of water, particularly the river, is used as a metaphor by musicians to express opposition to something compared to a "river flow."

Many musicians have written songs about rivers because rivers have the ability to touch our hearts and stir our emotions. Here you find our 12 best songs about rivers, you will just nee to follow the flow. Enjoy!

Ed Sheeran was a featured artist on this song from Eminem's album "Revival," which deals with the repercussions of infidelity, letting the fallout simply flow like a river.

This heartbreaking song is a great depiction of the sensation of vanishing hopes and dreams. In it, an unintended pregnancy dashes young lovers' expectations for the future that they share during their passionate trips to the river.

Justin Timberlake - “Cry Me A River”

Even though dealing with heartbreaks is difficult, you still need to learn to cope with them. Artists' troubled souls frequently find expression in masterworks of music. This melodic piece, which is both rhytmic and modern, discusses the bitter split between Justin and Britney.

This song by Dave Grohl is about the Minetta Creek, which runs beneath Manhattan. His perspective was that it was a lovely idea to picture something ancient and natural flowing beneath the magnificence of New York City, linking all of its citizens.

Neil Young - “Down By The River”

Here is a classic from Young's early years, with rhythm guitar by the outstanding Danny Whitten. His reputation as a strong songwriter and performer was established by this lengthy session.

Alice In Chains - “Dam That River”

Apparently, the incident in which Sean Kinney, the drummer for Alice, knocked a coffee table over Jerry Cantrell's head served as the inspiration for this song. After things had calmed down, Jerry started writing the song.

The Doors - “Yes, The River Knows”

This song from The Doors' debut album, "Waiting For The Sun," is a bit of an anomaly because it leans more toward lounge and cocktail jazz than the rebel rock that became their trademark.

The Rolling Stones – “Following the River”

The song "Following the River" from their album "Exile on Main St." is still one of the group's undiscovered treasures.

Although the song truly discusses the end of a relationship, it is set during the holiday season and is regarded as one of the most beautiful Christmas songs. And the entire album "Blue" offers the ideal fusion of straightforwardness, romance, and sad yet pleasant feelings.

This catchy song was released by Creedence Clearwater Revival on their self-titled album from 1969. Additionally, the lead singer, John Fogerty, was inspired by a river he used to visit as a child, so it is undoubtedly a song about a river.

Talking Heads – “Take me to the River”

The 1978 song by Talking Heads mentions baptism but might also be seen as a love ballad. In either case, it's a memorable tune with enticing lyrics and David Byrne's well-known vocals.

The album's title track, which many people believe to be The Clash's best album, is captivating. It covers a variety of subjects, one of which is the worry that everyone who lives along the River Thames would perish if it floods.

It's not surprising that musicians find inspiration in settings beside rivers because they may be both peaceful and attractive. Another frequent link for water in general is transformation and cleaning, and several singers make reference to rivers when discussing these concepts. 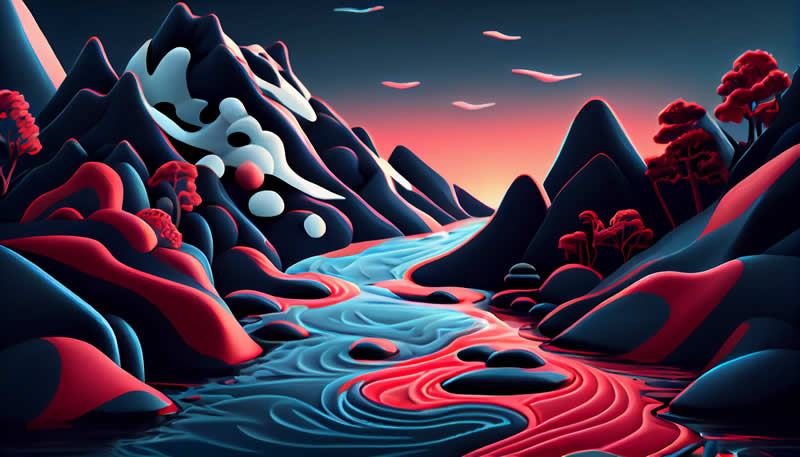