The 15 best songs about the moon

Even though it is the celestial body closest to Earth, the moon is still a mystery. It's therefore not surprising that the moon brings out the best in human imagination, just ask some of the most outstanding musicians and composers who created music with motivational lyrics inspired by the moon.

Here are our 15 best songs about the moon, in no particular order. The playlist is provided in the hopes that you may appreciate it and consider listening to it the next time you observe the night sky.

Frank Sinatra – “Fly Me to The Moon”

Undoubtedly, it's one of the most well-known jazz songs about the moon. The track, as performed by Sinatra, was even played during the Apollo 10 mission.

In the song, XXXTentacion uses the term "Moonlight" to describe his artistic achievement and to praise a woman he is crushing on. This song was one of his notable performances before he passed away and was published on March 24, 2018.

The song describes how rock artists often experience social isolation from friends and family as a result of their relentless work schedules.

The Police – “Walking on the Moon”

It's a classic Police song with strange lyrics, memorable guitars, and calm late-'70s vibes. And without a doubt one of the greatest songs about the moon.

One of the most original moon songs ever created is David Bowie's 1972 hit. "Moonage Daydream" is a classic due to its eccentric lyrics, instantly recognizable riff, and Bowie's unmatched passion.

Toploader - “Dancing In The Moonlight”

In his lyrics, Toploader talks about how wonderful it is to be with the person you love. The song is ideal for those who enjoy pop, rock, and superb dance music.

"In the Court of the Crimson King," King Crimson's debut album, contains the song "Moonchild", and it's probably among their most attractive ones.

The Doors purportedly kept "Moonlight Drive" off of their debut album because they thought it wasn't good enough, but it has since become one of their most well-known songs, and perhaps one of the most cherished songs about the moon.

The Rolling Stones – “The Moon is Up”

The Rolling Stones are another well-known group that was moved to compose a song about the moon. Although it's not one of their most well-known songs, it has a pleasant, carefree vibe.

The song's lyrics allude to Ariana's former union with Mac Miller and her perception that her lover doesn't realize how serious their relationship is. The song is about the point at which she finally asserts her own rights and declares that enough is enough.

No matter what the protagonist does, nothing ever improves for him or those around him, according to the words of the song. According to Cudi, this was his best song about the moon.

Nicki Minaj Ft Lil Wayne - “Dark Side Of The Moon”

In their song, Nicki and Wayne express their commitment to supporting one another no matter what happens to the planet. The song has an upbeat melody that makes it ideal for nighttime listening.

In the song, the blue moon is a buddy who sticks by the main character through good times and bad. People who enjoy folk melodies and independent music will love the lyrics.

It was about a transitional period, and the lyrics spoke about an "evil moon" that is "on the rise," which inspires fear and anxiety. The song's straightforward, memorable melody also contributes to the suspenseful atmosphere it creates.

One of the most well-known and well-loved songs about the moon is a classical composition. Since its creation in 1801, The Moonlight Sonata has fascinated listeners.

Best songs about the moon - Conclusion

The earth's beauty is eternally provided by the moon, a stable celestial body that is always there. It's understandable that so many songs have been inspired by its magnificence. 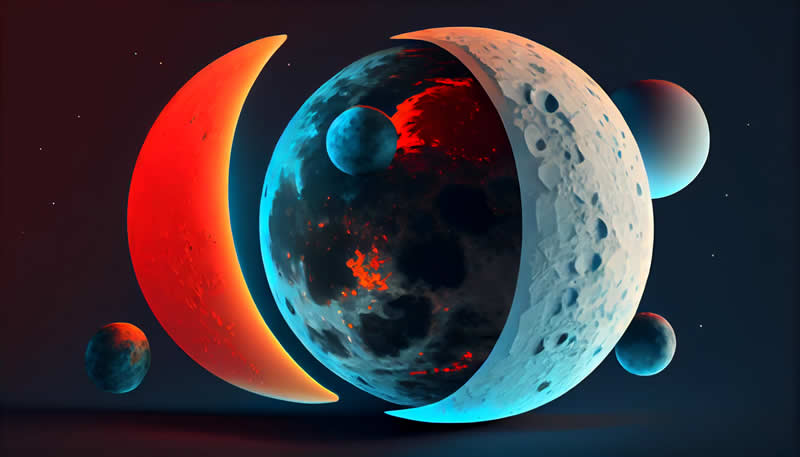