Famous tap dancers: the 9 best of all time

Famous tap dancers throughout history have embodied the spunk, intensity, and inventiveness that define tap dancing. Tap dancers take pleasure in the playful appeal that their dancing embodies for many dance aficionados, from the origins of tap dancing to contemporary musical performances.

Everyone enjoys seeing talented tappers, and tap dancing in particular is fun since it is lighter and is done to upbeat music. Millions of Americans have fallen in love with tap dancing, as seen by the devoted following backing the careers of numerous notable tappers in anything from local performances to major motion pictures.

Famous tap dancers of all time

Gene Kelly, who was perhaps one of the most well-known dancers ever, had, to put it gently, some major tap talents! He was a legendary figure on Broadway and in Hollywood, appearing in or helming such masterpieces as Singin' in the Rain, An American in Paris, and Hello, Dolly.

His tap dance was distinguished by passion, agility, and jazz and ballet elements. Gene has almost endless talent, as seen by his extraordinary success in the arts as a dancer, choreographer, actor, director, and producer.

One of the most well-known tap dancers in American history, Ann Miller was born in 1923. She began her career as an actor, appearing in "Room Service" and "You Can't Take It With You." Then she was cast as the lead in the vintage musical film "Easter Parade.”

Because of her quickness, Miller was praised for her tap dancing. She could tap more quickly than the 500 times per minute indicated by studio publicists, in fact.

Gregory Oliver Hines, a tap dancer, choreographer, actor, and singer, was born in 1946. He was most known for a variety of incredible works, including Wolfen, Running Scared, The Cotton Club, The Gregory Hines Show, and Ben on Will & Grace.

Hines was able to create good improvised tap sounds, rhythms, and steps. He might perform it similarly to a drummer, who could play alone and create the rhythms. Depending on the sound made, he would vary the wording of some tap steps. His preferred attire was a fitted shirt and baggy slacks.

Famous American tap dancer Fred Astaire was born in 1899. He is also well-known for his work as a singer, choreographer, actor, and TV host. He topped the list of the greatest dancers in movie history.

He distinguished himself from other dancers by having a distinct sense of originality, perfectionism, and rhythm. When discussing Fred, it is impossible to ignore his dance collaboration with Ginger Rogers.

Famous black tap dancer Howard Sandman Sims was born in 1917. Because he used to perform in a handmade wooden sandbox, he earned the nickname "Sandman." He used the sand to enhance and modify the sound of his steps.

He starred in the 1989 dance movie where Sammy Davis Jr., Savion Glover, and Gregory Hines performed the traditional challenge. In one episode of the television show The Cosby Show, he also had the role of a tap-dancing teacher.

Vera Ellen began dancing professionally at the age of 10 and immediately showed her immense ability as a talented dancer. She was gorgeous, innocent, and a bit quirky, and she was famous for her small waist. Ellen was a vivacious tap dancer who also excelled in ballet, jazz, acrobatics, toe tap, ballroom tap, and other styles.

Her most notable performances were in the 1954 classic White Christmas, where she gave some amazing, fast-paced dance routines.

The best-known tap dancer in the world, Savion Glover, was born in America in 1973. He also performs as an actor and choreographer. He completed his secondary education at Newark Arts in 1991.

He first went with the "young and groovy" look. The bass line is how he describes funk. He believes that it is what keeps people moving to the music. Glover has the capacity to update and modify classic moves to suit his particular style.

Fayard and Harold Nicholas made up the duo known as The Nicholas Brothers. They were highly renowned for their unique dance styles, including "flash dancing." They were equally talented and exceptionally creative. Back then, they were regarded as the best tap dancers.

Up to 1991, the Nicholas Brothers had made 60 contributions to the tap dancing community. A documentary movie was created to honor their professional endeavors. There are tributes from those who value their abilities.

Tap dancer and actress Eleanor Torrey Powell was an American native who was born in 1912. Her tap dancing performances in musical movies from the 1930s through the 1940s are what people most often recall about her. During the Hollywood Golden Age, she was one of Metro-Goldwyn-top Mayer's stars.

The world's best tap dancers, who are adored by everybody, are seen above. They all have established careers and make significant contributions to the tap dance community as a result of their outstanding performances. Through several generations, their name will endure.

Please visit our blog area if you liked this post and want to read more regarding dancing and general information about the music business.

In CalypsoRoom we believe music is the most powerful tool to bring people together, and for this reason, we developed an online music social network where you can connect with friends or strangers while listening to music simultaneously, connected via webcam. Check it out. 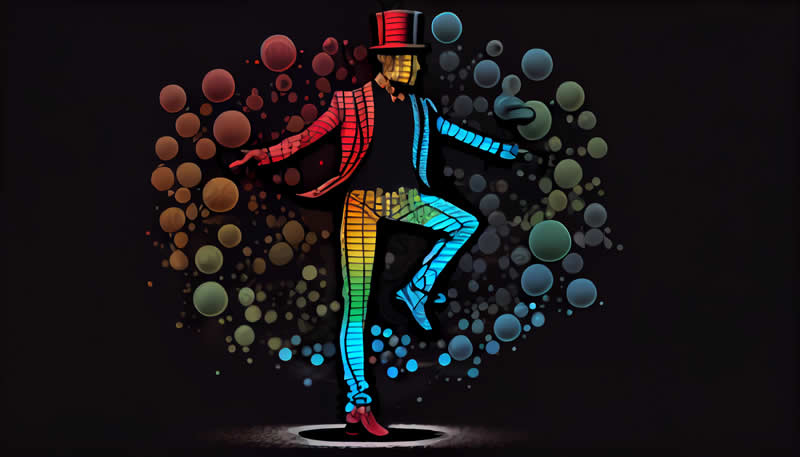