The 15 best songs about running away

Probably one of the most frequently heard musical themes is running away. The idea of going away appears to fascinate artists of all genres and ages, whether they are escaping alone or with someone else.

The idea of merely escaping does convey a feeling of freedom. And many musicians frequently express the sensation of freedom in their music. However, there are several fantastic songs about escaping, and here are our favorites 15!

You're probably already aware of these words because they appear at the start of Craig David's song "Walking Away." One of the best-known songs about escaping issues is this R&B smash from 2000.

One of Lenny Kravitz's biggest hits, "Fly Away," is for slightly older children. It was released in 1998, and the radio still plays it frequently.

The song delivers intense emotion and feelings from the heart. There are several theories concerning the song's true meaning, some of which suggest that it is about the singer's difficult childhood experiences.

This song from Rihanna's 2015 album "Anti" is about escaping together. It's a stirring song about a person on the run, the singer's desire to leave with him or her, and the complexities of love.

The song expresses the idea of running away, even though it is actually about the end of a relationship. It's not one of the standard songs about running away together, but it does so in the recognizable RHCP style in a very quiet, subdued manner.

Radiohead – “How To Disappear Completely”

In essence, "How To Disappear Completely" is a very delicate idea of feeling stuck and distant. It is about trying to flee the present and possibly your own self.

Taylor Swift – “Shake it Off”

This well-known, catchy song by Taylor Swift contains a clear (and crucial) message about escaping all the pointless issues and other people's viewpoints. Everything that troubles you might often make you want to flee from your life or the circumstance you're in, and Taylor Swift wrote the uplifting song that simply advises to shake it off!

The Rolling Stones - “Before They Make Me Run”

This hip rock tune from the 1970s discusses the lifestyle of celebrities. The negative aspects, such as addictions that are challenging to quit, are, nevertheless, more in the spotlight. The song's resolution to give up undesirable habits comes at its end.

The song's central theme is a relatable instance of a young child desiring independence. Not loving your parents does not equate to wanting to leave your house. Sometimes all one needs is some quiet time to reflect and contemplate.

The Beatles - “Run for Your Life”

The lady in the story appears to be interested in someone else, but the man still has his eyes on his ex-lover. Naturally, our protagonist is upset about it and ends up threatening the girl, telling her to leave for her life.

This metal tune encourages maintaining your identity. Everyone is reminded not to fit into preconceptions by the song. You must be true to who you are and live your life as you see fit.

A captivating song from beginning to end that discusses the duality we experience when a relationship begins and one of the parties does not want to commit fully as well as running away.

The Weeknd – “Save Your Tears”

Nobody wants to talk about the ex, but "Save Your Tears" does just that. but from the viewpoint of the person who made the decision to leave. Not every relationship has to end, but typically, the one who ends the relationship feels a desire to help the other person emotionally.

The core theme of the entire song is Gomez and Kid Cudi's desire to escape to a nicer, worry-free location.

This song explores the idea that no matter how hard you try or what you do to keep yourself from thinking about the mistakes you've made, it is impossible to run away from yourself.

Bob Marley sings about the value of accepting responsibility for your mistakes rather than having to deal with the fallout from doing so.

Best songs about running away - Conclusion

The idea of running away has been utilized by musicians for a number of themes. It encompasses various things, such as self-discovery, introspection, aspirations, joy, loneliness, hurt, and fear.

This list demonstrates how music can help you escape from your problems, divert your attention from them, and transport you to a calm environment. 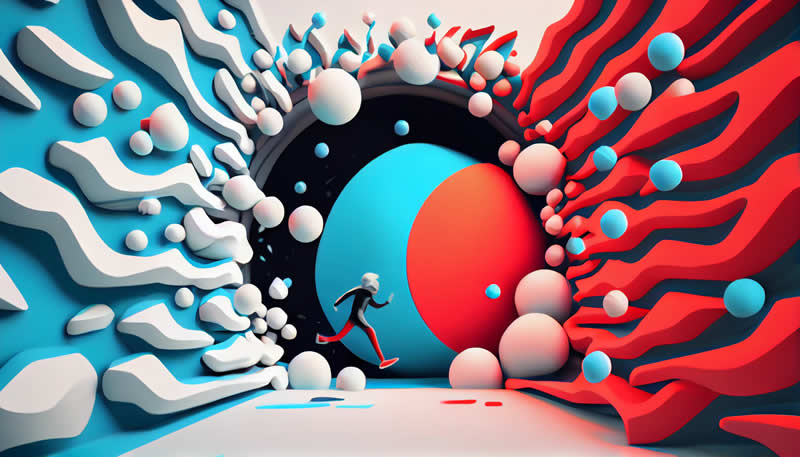